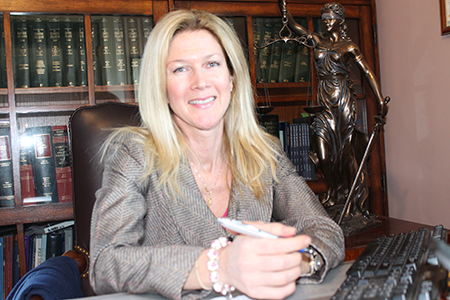 Attorney Rice has practiced law for over 21 years but has worked in the judicial system 30+ years.  After running a general law practice for twelve years, she took advantage of an opportunity to work as a policy associate and legal counsel in The Rhode Island Governor’s Office.  Upon completion of that governor’s term, Attorney Rice practiced law with Attorneys Rob Levine (‘the heavy hitter’ LAW-1222) and Ronald J. Resmini, Ltd (‘more with four’ 444-4444) exclusively in the area of personal injury law.  Attorney Rice determined that she could better serve injured clients back in her solo practice giving each client the attention they deserve.

Attorney Rice was a Judicial Law Clerk with the Rhode Island Supreme Court Law Clerk Department, in Providence where she conducted legal research and wrote draft decisions for judges of the Superior, Family, District and Traffic Courts. Prior to beginning her legal career, she was employed as a Rhode Island Deputy Sheriff for over ten years, where she served in the Supreme, Superior, Family, District, Worker’s Compensation Courts and the General Assembly.

Attorney Rice was appointed as a Justice of the Peace where she served the District Court in judicial functions as Bail Commissioner in Second Division/Newport County, Rhode Island for fourteen years.

Attorney Rice served as a Town Councilor for the Town of Portsmouth from 2002-2004, and was elected in 2004 to three terms as state representative for District 72 (portions of Newport, Middletown and Portsmouth) where she served as Vice Chair of the Judiciary Committee, Secretary of the Environment Committee and Deputy Majority Leader through 2010. Attorney Rice has been involved with several national political organizations, continues to be involved in many local non-profit organizations and appears on a local political television show.

Attorney Amy Rice is a proud mother and animal lover/owner of several on a small farm on Aquidneck Island. 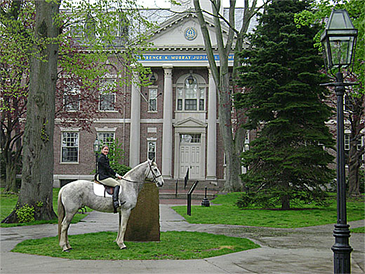 Please feel free to fill out the following form to request a free initial consultation.

Amy provides quality legal services, that you can trust, in a prompt and responsive manner. You can rely on Amy Rice for your legal needs. Please contact us by filling out the information below if you would like to get in contact with Amy G. Rice, Attorney At Law.